This is a scheduled video event. At the time stated above, watch via webcast on YouTube at https://www.youtube.com/watch?v=MYn2vukv4gk.

This stream will be simulcast by Detroit Public Television at dptv.org/pennystamps.

Discussion is possible via comments on the Penny Stamps Speaker Series Facebook Page at https://www.facebook.com/PennyStampsSeries/.

A recording of the event may be available at a later date after a delay for processing. 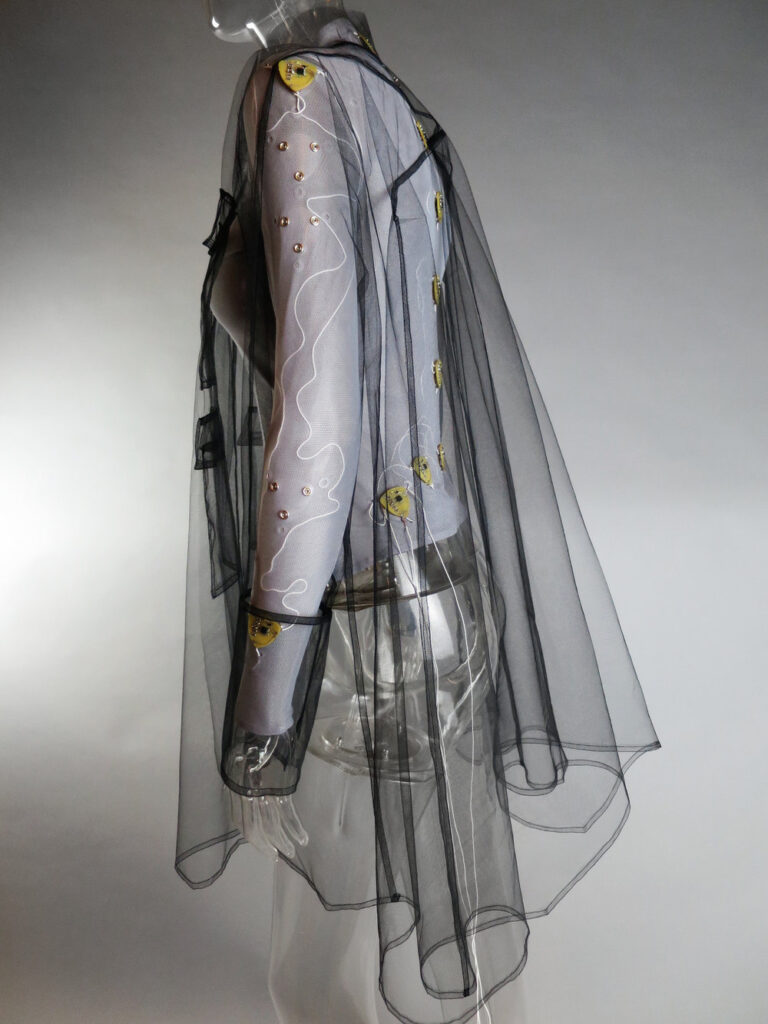 Inseparable from computers since the age of two, Sophia Brueckner believes she is a cyborg. As a software engineer at Google, she designed and built products used by tens of millions. At the Rhode Island School of Design and the MIT Media Lab, she researched the simultaneously empowering and controlling aspects of technology with a focus on tangible and social interfaces.

Since 2011, Brueckner has taught Sci-Fi Prototyping, a course combining science fiction, extrapolative thinking, building prototypes, and technology ethics at MIT, Harvard, RISD, Brown, and the University of Michigan. Both the class itself as well as the students’ individual projects received international recognition and were featured by The Atlantic, Smithsonian Magazine, Wired, NPR, Scientific American, Fast Company, and many others.

Creating new ways to apply science fiction to the design process, Brueckner prototypes alternatives to the tech industry’s limited visions for how we live with technology. She makes both physical and digital artifacts combining software programming, digital fabrication, and electronics with traditional media. These projects challenge the norms of the tech community, whose work has enormous impact on our day-to-day lives, as well as translates the problems in ways that are understandable to the everyday user. She invites others to embody an attitude of “critical optimism” and to imagine what technological futures they might prefer for themselves. Brueckner is the founder and creative director of Tomorrownaut, a creative studio focusing on speculative futures and sci-fi-inspired prototypes.

Brueckner’s work has been featured by Artforum, SIGGRAPH, the Peabody Essex Museum, Portugal’s National Museum of Contemporary Art, Leonardo, Eyeo, ISEA, TEDx, the Bemis Center for Contemporary Art, and more. She was an artist-in-residence at Autodesk Pier 9 and is now an artist-in-residence at Bell Labs Experiments in Art and Technology (E.A.T.). She is currently an assistant professor at the Penny W. Stamps School of Art and Design at the University of Michigan. Her ongoing objective is to combine her background in design and engineering with the perspective of an artist to inspire a more positive future.

This event is part of the Penny Stamps Distinguished Speaker Series. The 2020-2021 Series is brought to you with the support of our partners, Detroit Public Television and PBS Books.