Privatization, Technology, and the Carceral State

From investment in surveillance technologies to relying on prison labor, the carceral state–like so many other traditional state functions–is being privatized. The state is turning to the private sector in the hopes that it can reduce costs and corruption and produce scalable technologies for risk assessment, monitoring, and incarceration while generating entrepreneurial activity and even economic growth. But Science and Technology Studies (STS) scholarship teaches us that technologies are deeply shaped by and embedded in context, and when transported carry with them particular values, assumptions, and imaginaries. What kinds of carceral technologies are being produced and what worlds do they imagine? How must citizens and societies remake themselves in order to fit these new technologies and privatization of the carceral state? What new economies are emerging, and how does this shift the dynamics of power and responsibility among the state, industry, and the people? How might better understandings of carceral privatization advance STS understandings of the public and private sectors vis-a-vis innovation and technology? 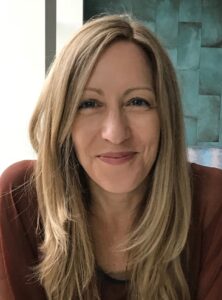 According to Andrew Ng, co-founder of Google Brain and former VP & Chief Scientist at Baidu. “A.I. is the new electricity.” We can begin to understand the implications of this declaration by considering what the media theorist Marshall McLuhan said about electricity, namely that it is a medium without content, and for that reason has gone unnoticed in its pervasive, profound effects on the pace, scale, and pattern of human affairs. In her talk, Prof. Gates will draw insights from the field of communication and media studies to make sense of the profound, real and potential effects of artificial intelligence in the domains of policing and security. She will explore how the development and application of machine vision in these domains is taking shape along with its commercialization, creating technical systems for video analytics that are deeply entangled with data monetization and the drive to build platforms and create network effects. Gates argues that we cannot understand 21st century, real-world applications of “computer vision,” “machine learning,” or “artificial intelligence,” without attention to how these technologies are being imagined and designed for policing and security applications, by companies laser-focused on scale, growth, and market dominance. 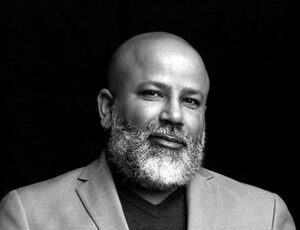 By providing food and pharmaceutical commodities to imprisoned people, the carceral state attempts to meet its constitutional obligations to provide for basic human sustenance, but it cannot do this in a weak business environment. This project aims to visualize the private corporations that do business in the carceral state, and through that visualization we draw attention to the design features of carcerality, open possibilities for anti-capitalist and abolitionist responses to mass captivity. The prison is a specialized operating environment that is designed, in part, to facilitate the flow of commodities through imprisoned people, a movement of biotechnologies that creates patterned effects on bodies and larger ecologies. Foods and pharmaceuticals reconfigure the body-minds of imprisoned people as they are forced to live in corporate ecologies as consumers within carceral space. Moreover, the circulation of industrialized quantities of food and pharmaceuticals through prisons (and all the processes of production, transportation, processing, distribution, and waste that circulation entails) creates ecological and metabolic externalities that contribute to human suffering, systematic environmental degradation, and climate change. We analyze how prisons’ private structures of commodity provision within carceral institutions are linked to the raw needs for human and planetary survival. 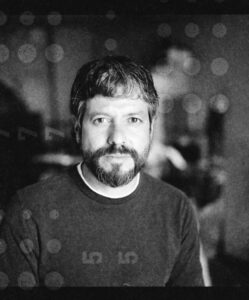 In late February 2021, an unprecedented massacre took place in three different supermax prisons in Ecuador. 79 inmates were killed during a coordinated two-day prison riot staged in the cities of Latacunga, Cuenca, and Guayaquil. The killings were accompanied with extreme graphic violence in the form of gory cellphone videos filmed and circulated on social media by inmates. The footage is brutal: A heart beating on the hands of a prisoner laughing, a beheaded body lying on top of a pile of burnt corpses, and a group killing of a stripped-naked inmate in the prison courtyard. These videos are not completely new in the Ecuadorian context. They emerged in early 2019, when a video showing two inmates playing soccer with a decapitated head became trending topic on Twitter. At the time, the government declared a crisis in the prison system, deployed military troops to maximum-security penitentiaries across the country, and replaced public servants with police personnel. This presentation follows the forensic life of ultraviolent prison videos through police units, government institutions, and legal courts to question how the imagery of extreme violence translates into evidence-based knowledge. I pay particular attention to how police forensics worked on the massacre autopsies to certify the videos’ authenticity, how government lawyers tried to make the videos inadmissible in court, and how human rights lawyers used the videos to obtain protection measures.

This event is part of the webinar series “Behind Walls, Beyond Discipline: Science, Technology & the Carceral State.” This is the third event in the series. The previous event is Criminal Knowledge. The next event is Living in a Carceral State.